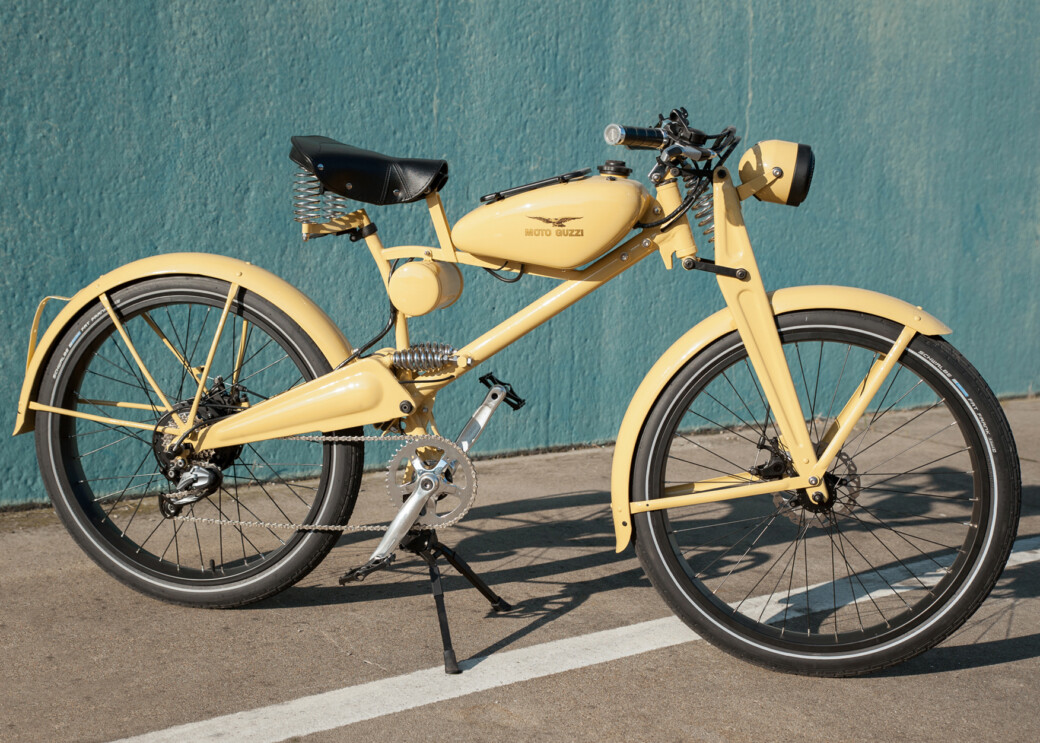 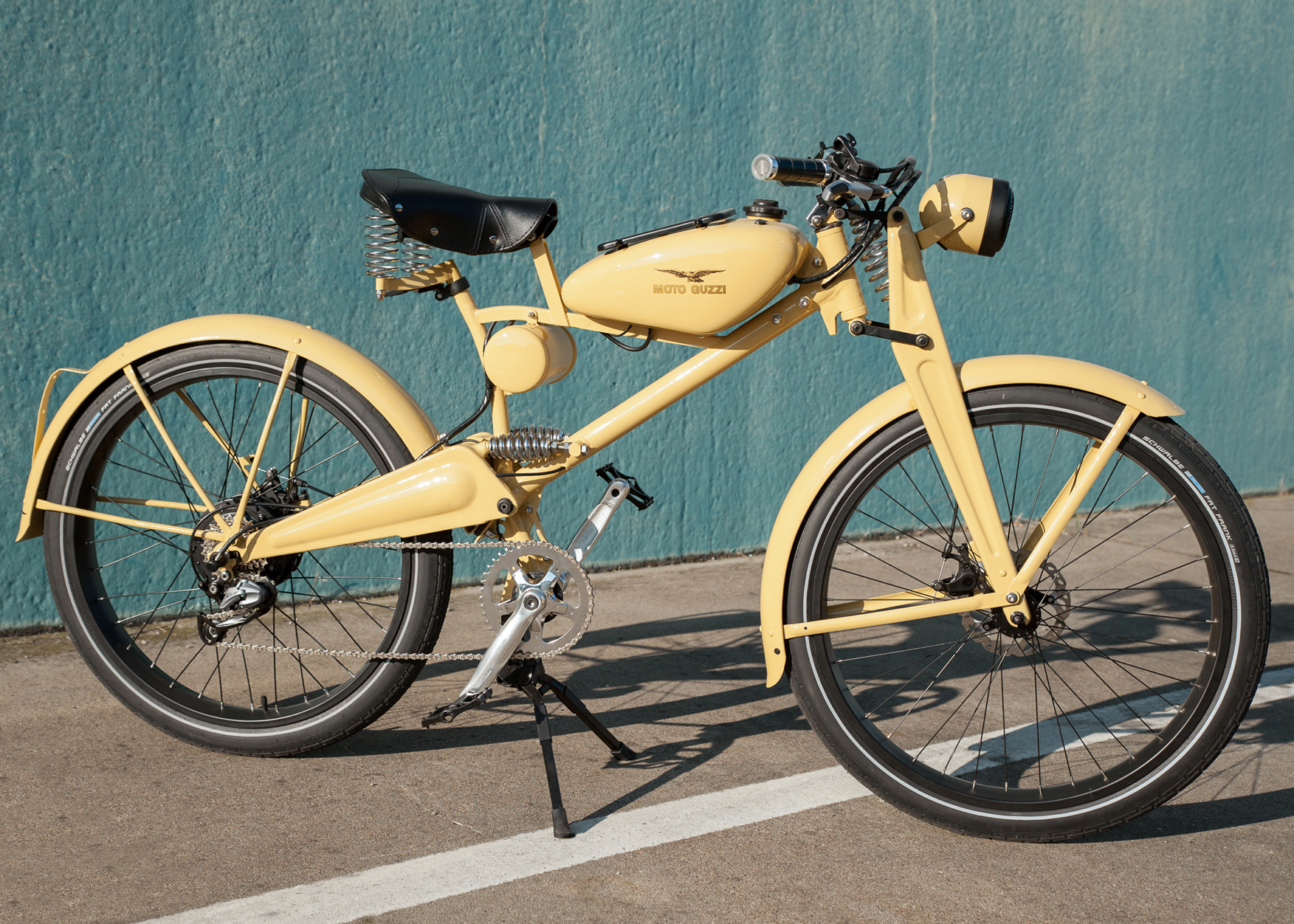 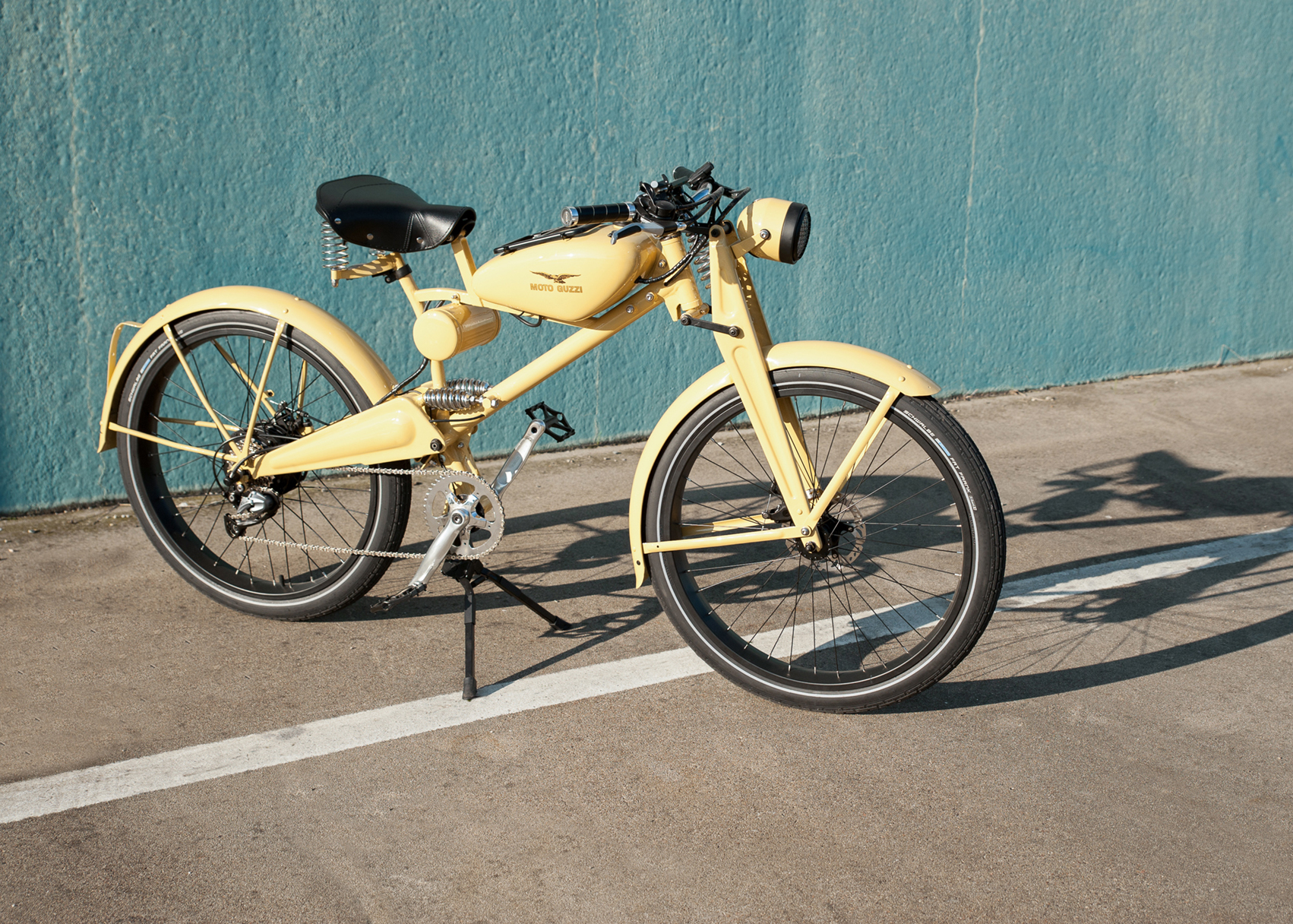 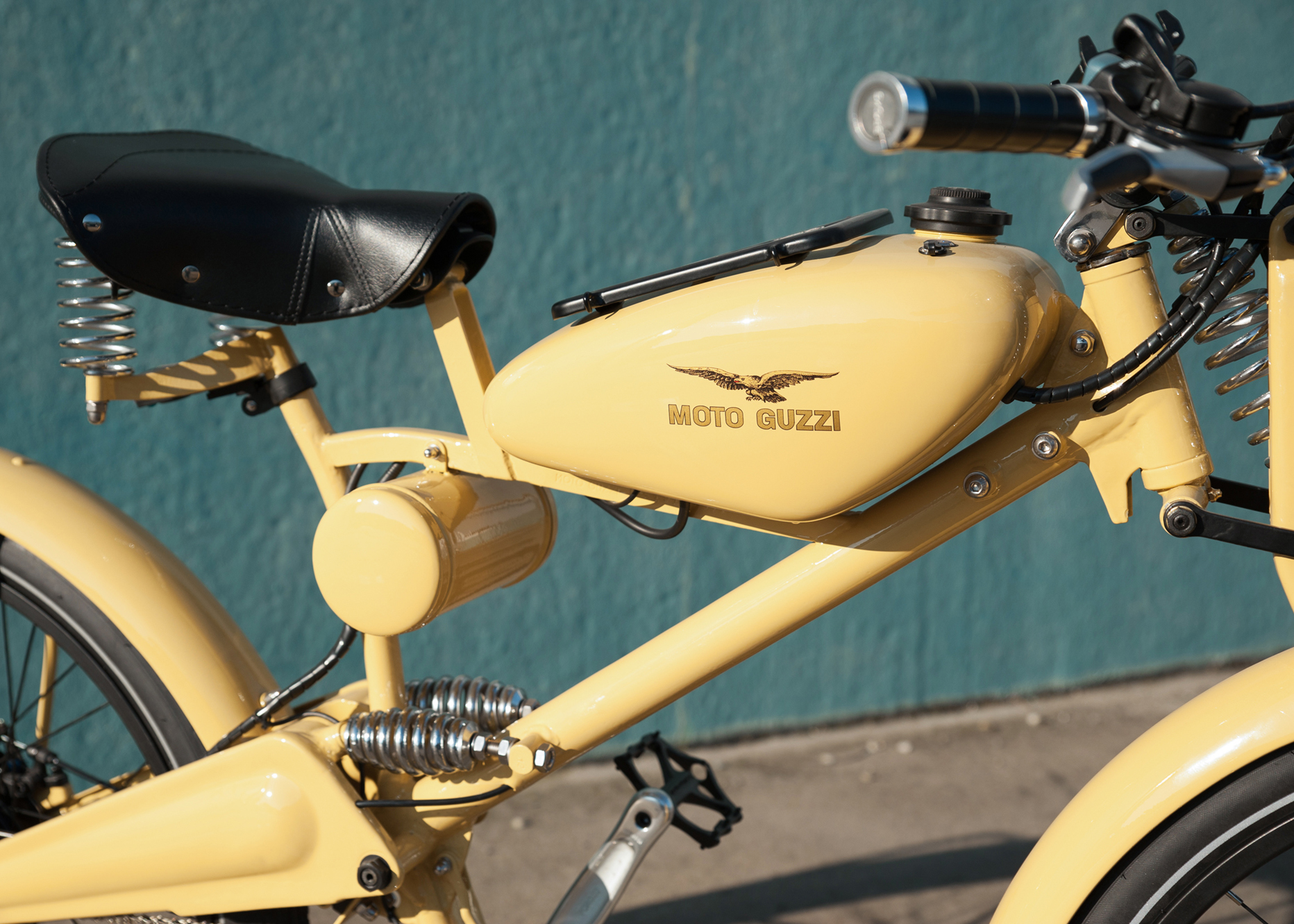 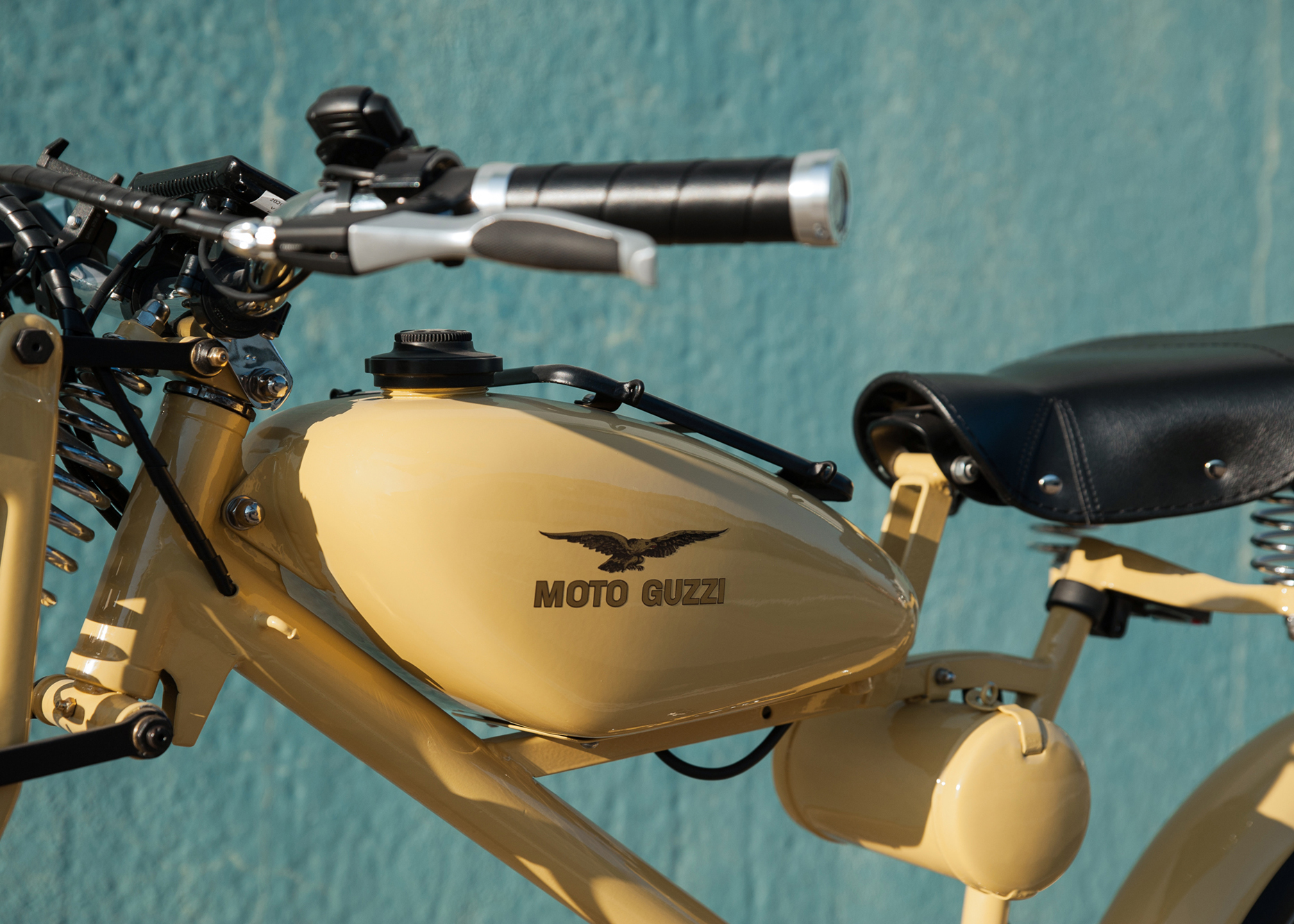 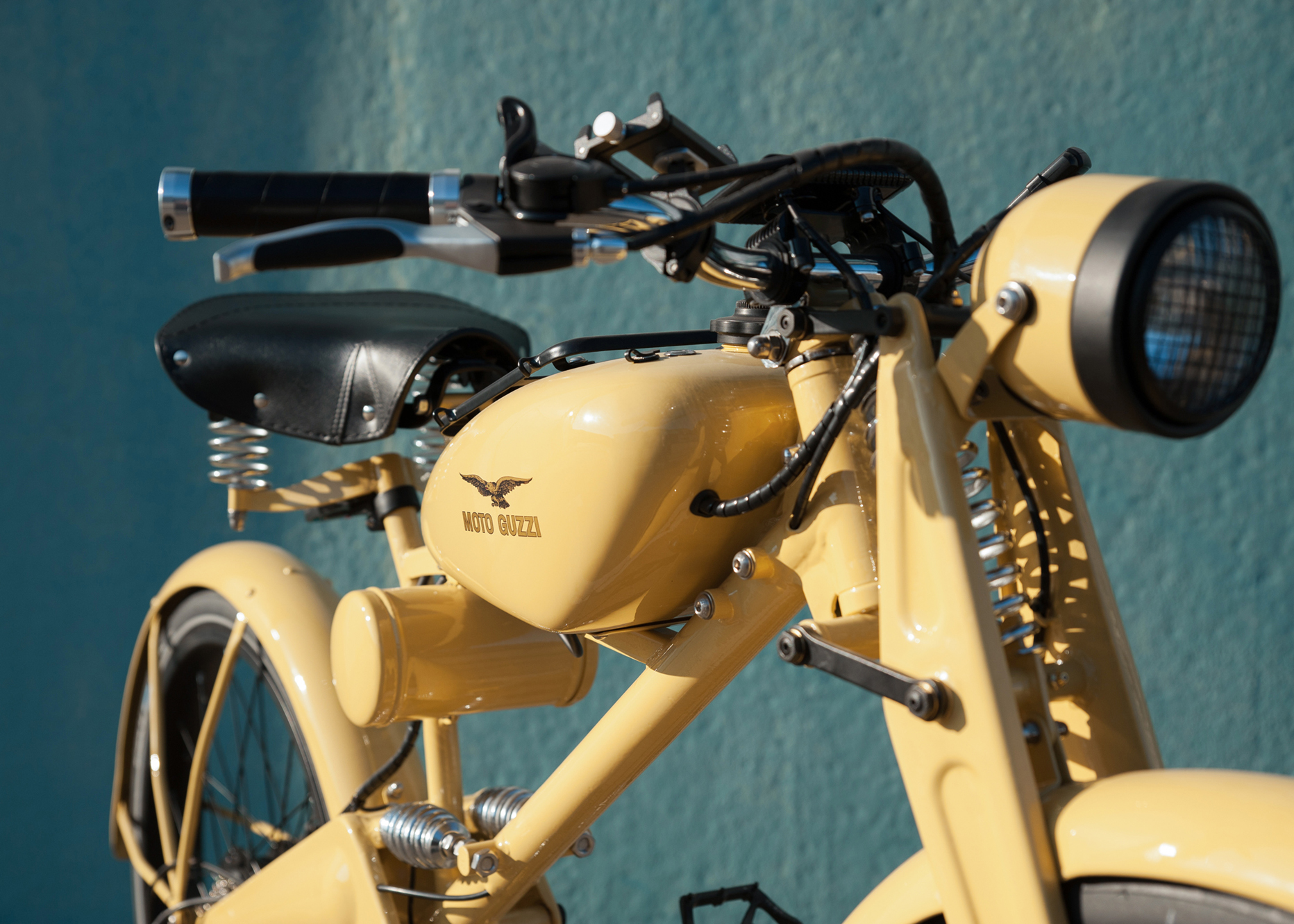 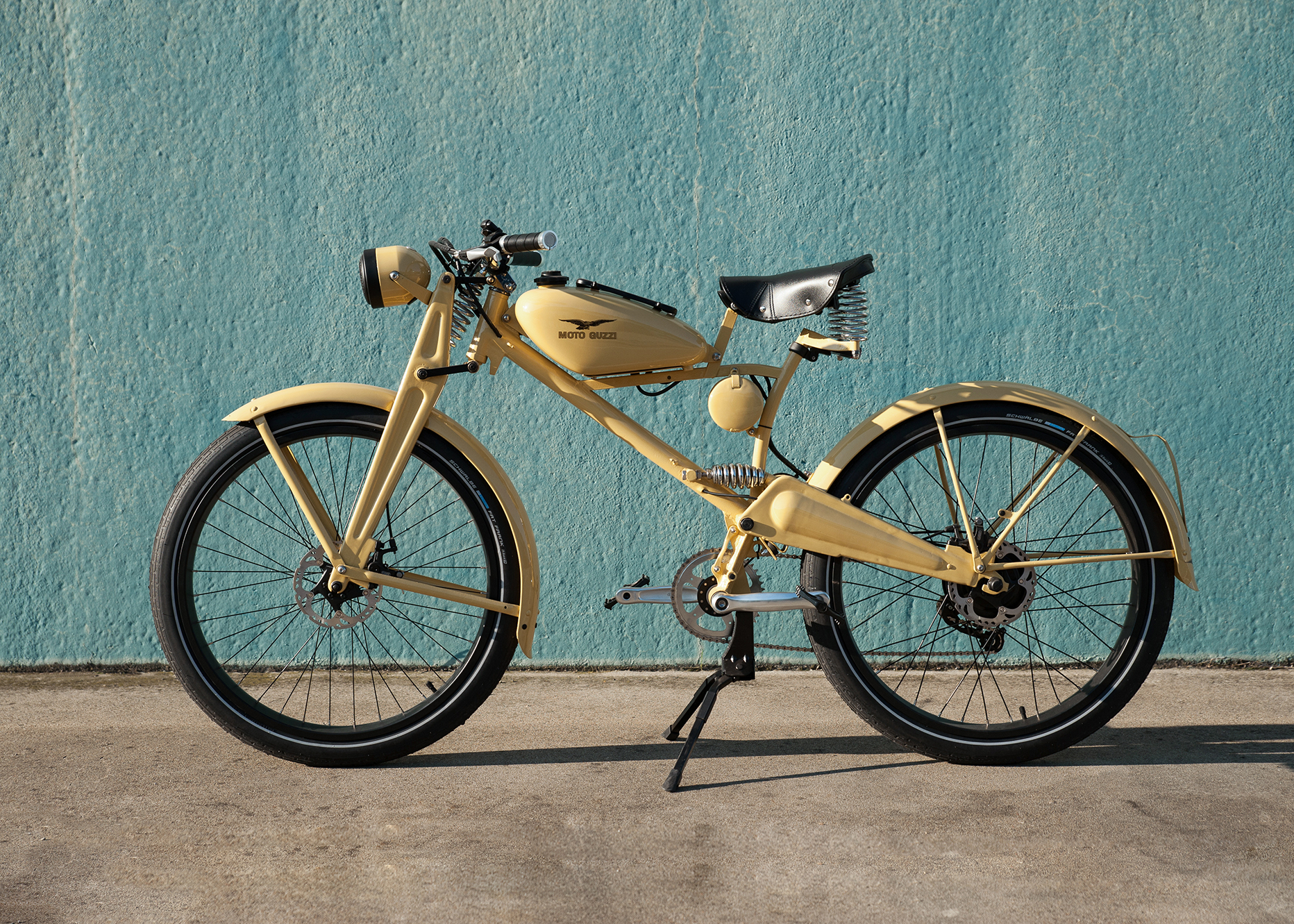 Since 1943 Moto Guzzi started designing an affordable vehicle that could meet the mobility demand of post war times. The result was a very simple model: there were a few controls and they were all handy.

The Guzzino 65 was an immediate commercial and sport success.

Over the years, some improvements were made to the original model, such as an electrical horn, a newly designed exhaust, a sturdier swing-arm…

In order to reduce production costs and to be more competitive on the market, some changes were made starting from the early 50’s: some details were burnished and not chromed,  the carburettor, the levers the handlebars, the fork and the horn were replaced as well as the cylinder now in cast iron. 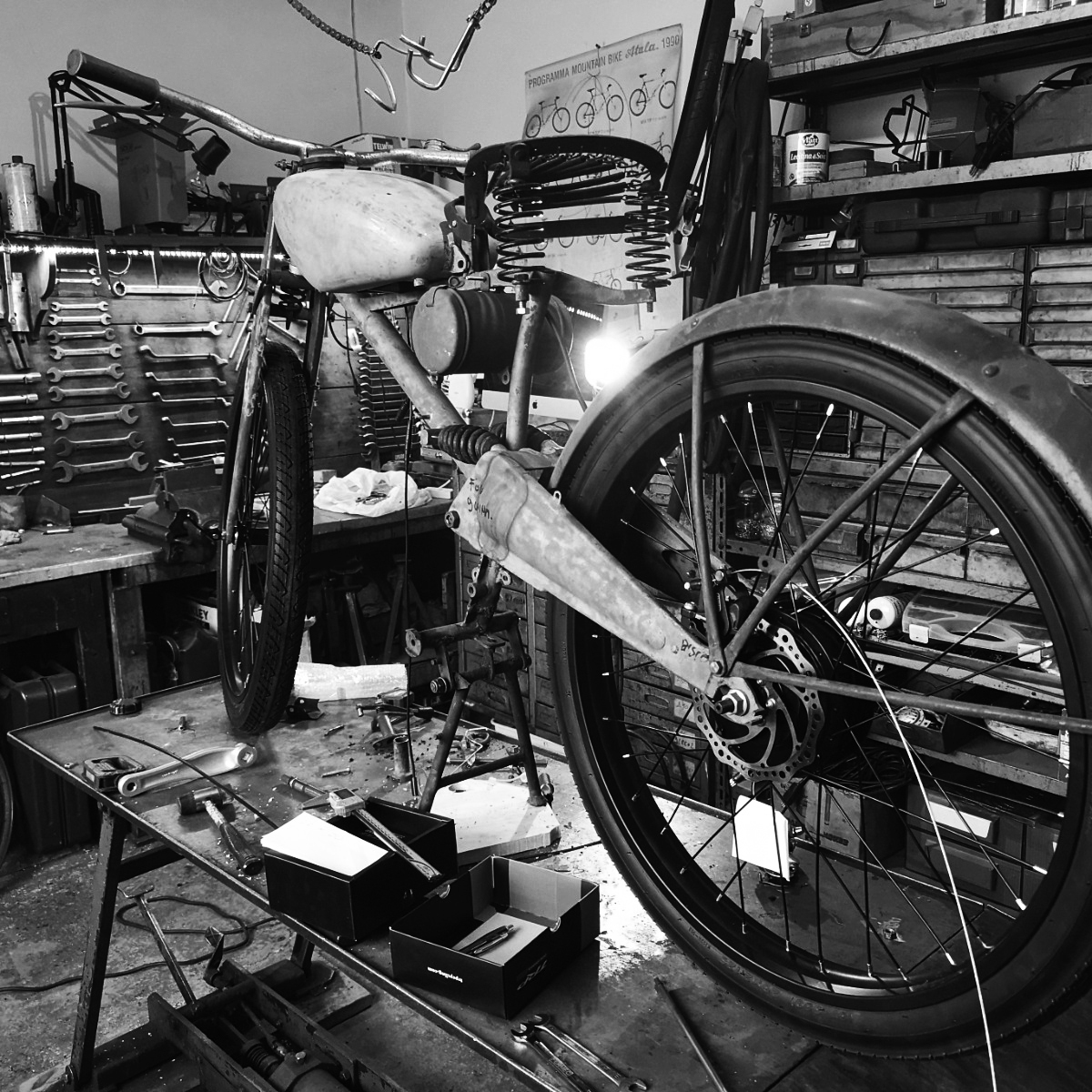 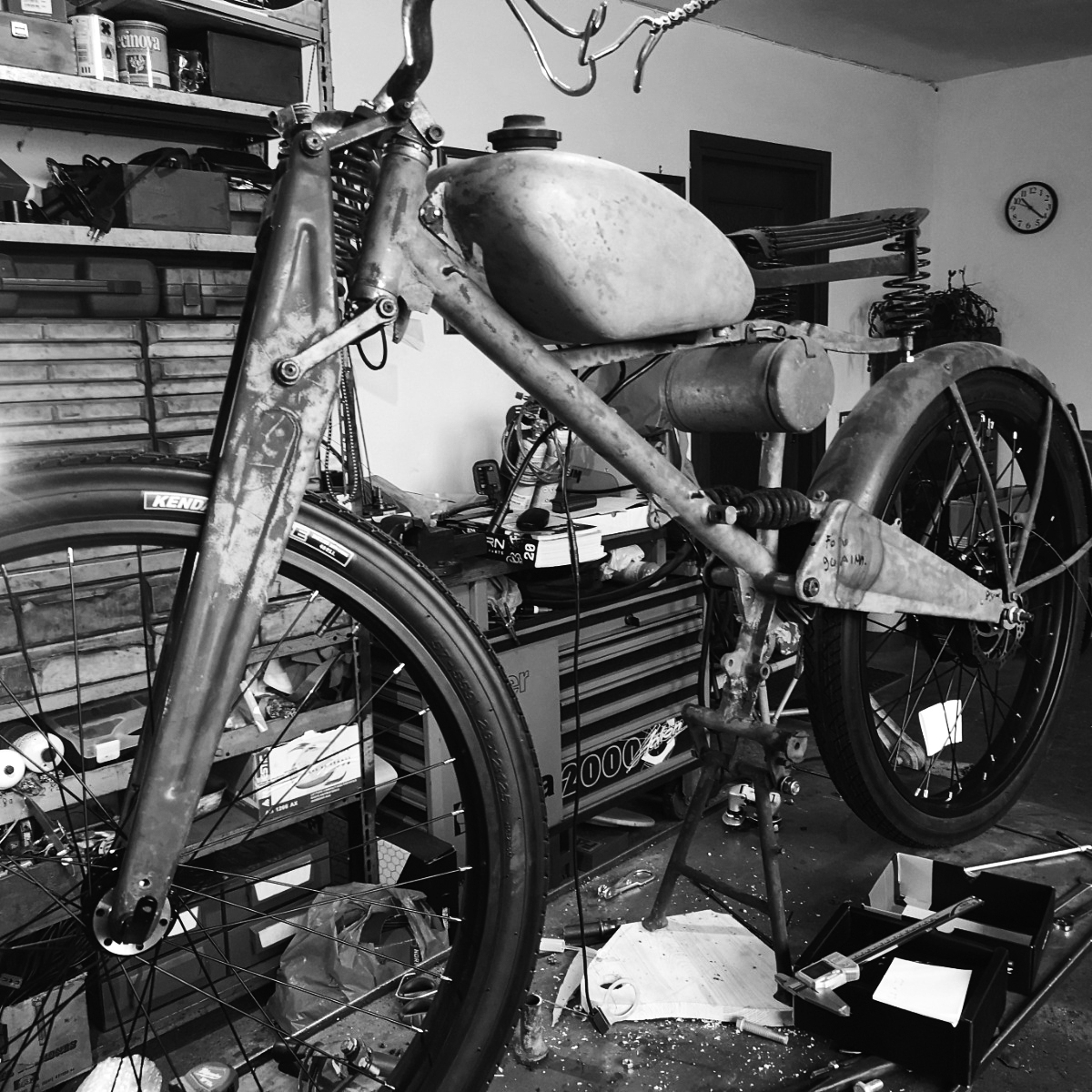